Piezoelectricity is the ability of some materials such as crystals and certain ceramics, to generate an electric potential in response to applied mechanical stress or heat. If the piezo crystals are not short-circuited, the applied charge induces a voltage across the material.

The Piezo effect finds many applications such as the production and detection of sound, generation of high voltages, electronic frequency generation, microbalances, and ultra fine focusing of optical assemblies. It is also the basis of a number of scientific instrumental techniques with atomic resolution, the scanning probe microscopies and everyday uses such as acting as the ignition source for cigarette lighters and push-start propane barbecues. 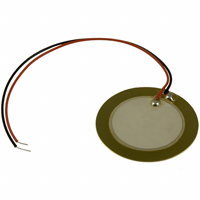 In a piezoelectric crystal, the positive and negative electrical charges are separated, but symmetrically distributed. This makes the crystal electrically neutral. Each of these sides forms an electric dipole and dipoles near each other tend to be aligned in regions called “Weiss domains”. The domains are usually randomly oriented, but can be aligned during poling, a process by which a strong electric field is applied across the material, usually at elevated temperatures. When a mechanical stress is applied, this symmetry is disturbed, and the charge asymmetry generates a voltage across the material. In Converse piezoelectric effect, application of an electrical field creates mechanical deformation in the crystal.
The most common application of piezo crystals to generate a potential is the electric cigarette lighter. Pressing the button of the lighter causes a spring-loaded hammer to hit a piezoelectric crystal, producing a sufficiently high voltage that electric current flows across a small spark gap, thus heating and igniting the gas. Some substances like quartz can generate potential differences of thousands of volts through direct piezo electric effect.

The best-known application of piezo crystals are

1. Direct piezoelectricity of some substances like quartz, as mentioned above, can generate potential differences of thousands of volts.
2. As sensing elements
Detection of pressure variations in the form of sound is the most common sensor application, e.g. piezoelectric microphones. Sound waves bend the piezoelectric material, creating a changing voltage
3. Ultrasound imaging
Piezoelectric sensors are used with high frequency sound in ultrasonic transducers for medical imaging .For many sensing techniques, the sensor can act as both a sensor and an actuator. Ultrasonic transducers, for example, can inject ultrasound waves into the body, receive the returned wave, and convert it to an electrical signal (a voltage).
4. Sonar sensors
Piezoelectric elements are also used in the detection and generation of sonar waves. Applications include power monitoring in high power applications such as medical treatment, sonochemistry and industrial processing etc.
5. As chemical and biological sensors
Piezoelectric microbalances are used as very sensitive chemical and biological sensors. Piezo are also used as strain gauges.
6. In Music instruments
Piezoelectric transducers are used in electronic drum pads to detect the impact of the drummer’s sticks.
7. Automotive application’
Automotive engine management systems use a piezoelectric transducer to detect detonation by sampling the vibrations of the engine block. Ultrasonic piezo sensors are used in the detection of acoustic emissions in acoustic emission testing.
8. Piezoresistive silicon devices
The piezoresistive effect of semiconductors has been used for sensor devices employing all kinds of semiconductor materials such as germanium, polycrystalline silicon, amorphous silicon, and single crystal silicon. Since silicon is today the material of choice for integrated digital and analog circuits the use of piezoresistive silicon devices has been of great interest. It enables the easy integration of stress sensors with Bipolar and CMOS circuits.
9. Piezoresistors
Piezoresistors are resistors made from a piezoresistive material and are usually used for measurement of mechanical stress. They are the simplest form of piezoresistive device. 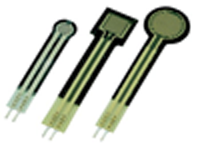